One year after the end of the First World War, a decision was taken to build a memorial on the site where so many men of the 36th (Ulster) Division lost their lives on the 1st and 2nd July 1916. The Ulster Memorial Tower was the first memorial built on the Western Front and is built on land given to the Government of Northern Ireland by the French in 1921. The Tower is a replica of Helen’s Tower on the Clandeboye Estate in Co. Down.

On the 19th November 1921, the Ulster Memorial Tower was dedicated at a ceremony on the site of the Somme Battle. The dedication ceremony was carried out by Field Marshal Sir Henry Hughes Wilson, who was then the Chief of the Imperial General Staff of the British Army. Sir Henry Wilson, a famous Irish soldier born in Currygrane, County Longford, was commissioned into the Royal Irish Regiment in 1884.

From 1921 up until the early 1970’s the Tower had a resident caretaker (veteran soldier) and served as a focus for pilgrimages to the Somme Battlefields. By the late 1980s however the Tower had fallen into disrepair and public access was limited.

In 1988, a cross community group known as the Farset Somme Project began to raise public awareness of the Tower and lobbied government to have the memorial refurbished. On 1st July 1989 the Tower was rededicated in the presence of HRH Princess Alice, Duchess of Gloucester and The Somme Association was founded to manage the Tower and enable it to be open for visitors. In 1994, a Visitors’ Centre, adjacent to the Tower, was opened and a full-time caretaker appointed. The upper portion of the Memorial Tower provides accommodation for the Somme Association’s staff. 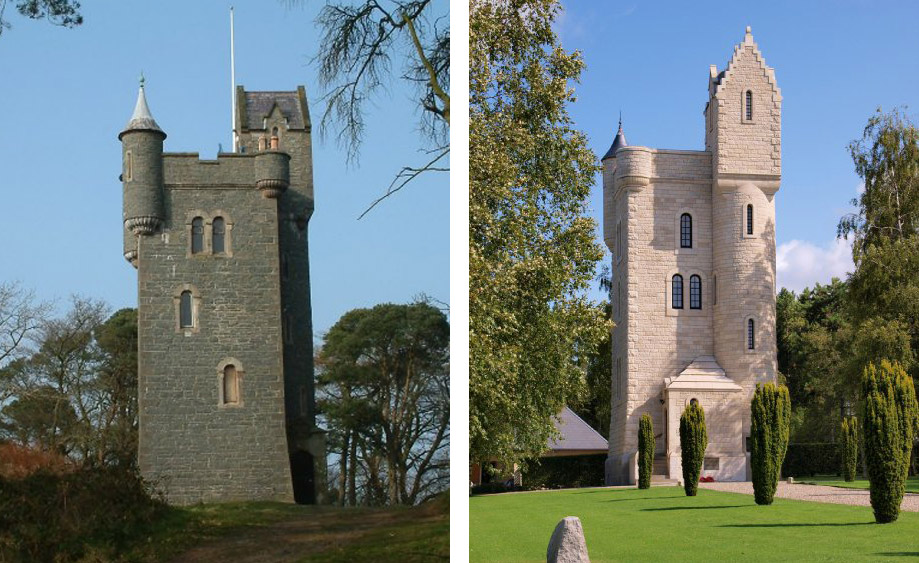 Pictured above: Helen's Tower (left) and the Ulster Memorial Tower.